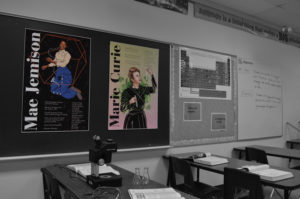 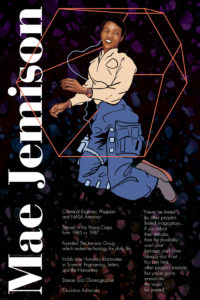 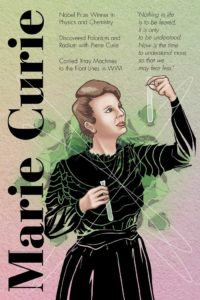 The Role Model’s in STEM project started with my own fascination in science and math.
However, when I was a middle school and high school student, I was never encourage
to pursue mathematic interests. Often, I was placed in courses below my skill level and
subsequently became bored in class. As a result, I believed I was bad at math and
science. I did not pursue a career in those fields. It turns out, my story is common.

The research states young girls across the country are not encouraged to pursue study in
science and math. As a result science, technology, engineering, and mathematics (STEM)
careers are under-represented by female Americans, African Americans, and Hispanic
Americans. In a study conducted by the Girls Scouts of America, Caucasian girls, African
American girls, and Hispanic girls say they are interested in science, math, and how things
work.

Currently in the United States, STEM job positions are unfilled because there are not
enough qualified candidates. Also, those who pursue STEM careers have a better chance
of avoiding poverty. Encouraging Caucasian American, African American, and Hispanic
American girls to pursue studies in STEM would create jobs, elevate these demographics
out of poverty, improve our economy, and elevate the United States’ position in the science
and technology.

In many of the studies I read, young girls say they think science and math are “boy
subjects.” I decided to tackle this problem by creating a series of posters showing sciences
and math are also “girl subjects.” These posters are designed to inspire students to study
science and math, to be exciting, and to change the social psychology. I designed them
with the intention to display in school hallways, classrooms, and libraries. Girls also say
they feel uncomfortable when they are the only girl in the science or math classroom.
Hopefully, these posters can put another STEM woman in the classroom.