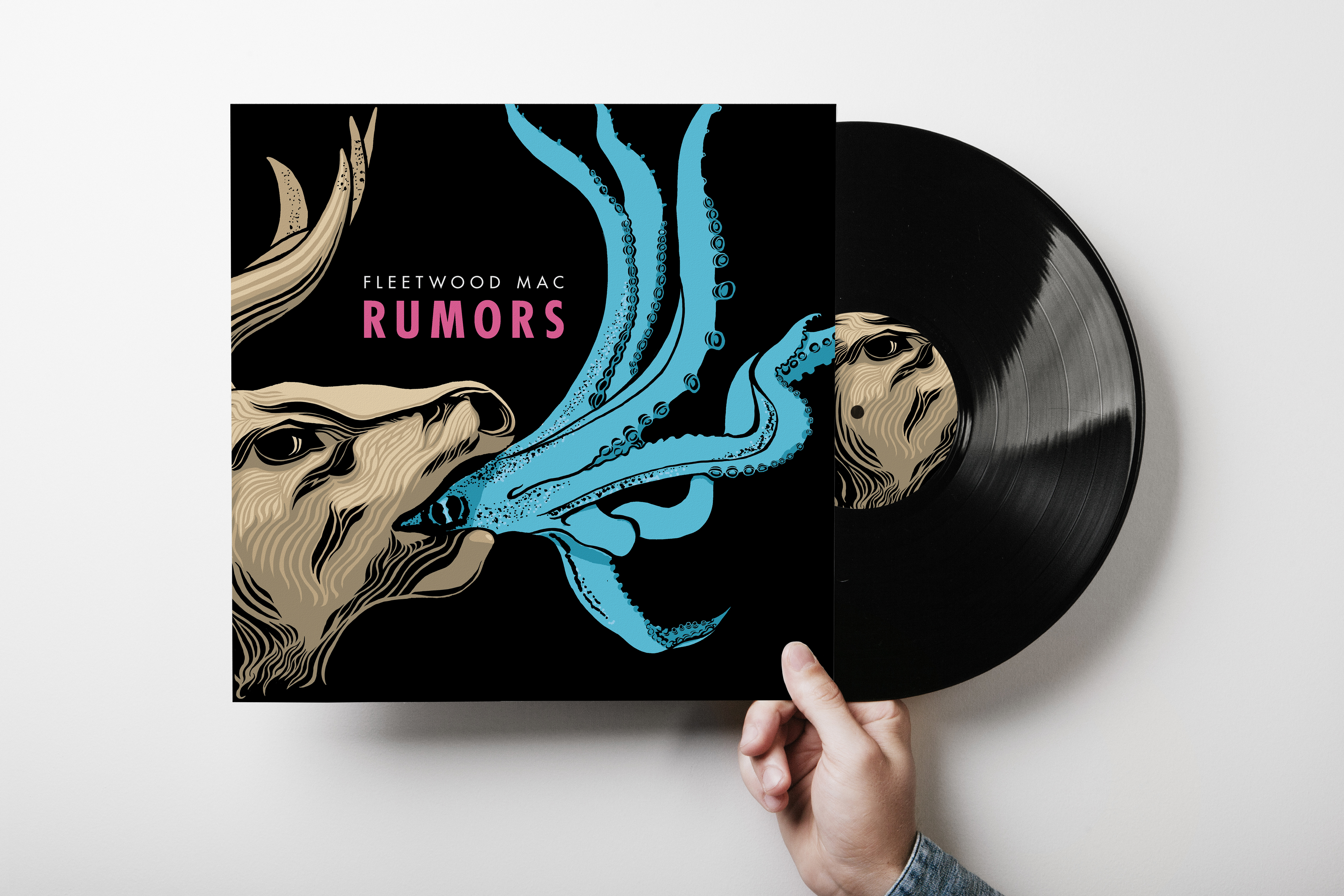 An album cover for Fleetwood Mac’s Rumors. Inspired by their music and Alvin Lustig. Alvin Lustig is a celebrated cover artist. I set out to mirror his philosophy and minimalist style. Lustig believed the content of the work should be summarized by the cover. I listened to Fleetwood’s Mac album and drew whatever strange images came to mind. I liked this image because if felt representative of their work. Many of their songs on the Rumor’s album are about pain and rejection. The image of a squid spilling out of an elk’s mouth is meant to represent the expulsion of negative feelings. Even though these songs are about pain and rejection they inspire hope and solace.